A washer is a crucial home appliance. Modern living would be unthinkable without this amazing machine that cleans clothes automatically. Homeowners depend on washers to keep their clothing clean and fresh-smelling. Each load of laundry that is washed in a washer comes out looking great, smelling great, and feeling great. Washers are available in many different types and styles, so there is sure to be one that meets the needs of every home. From traditional top-loading washers to high-efficiency front-loading models, there is a washer for everyone. 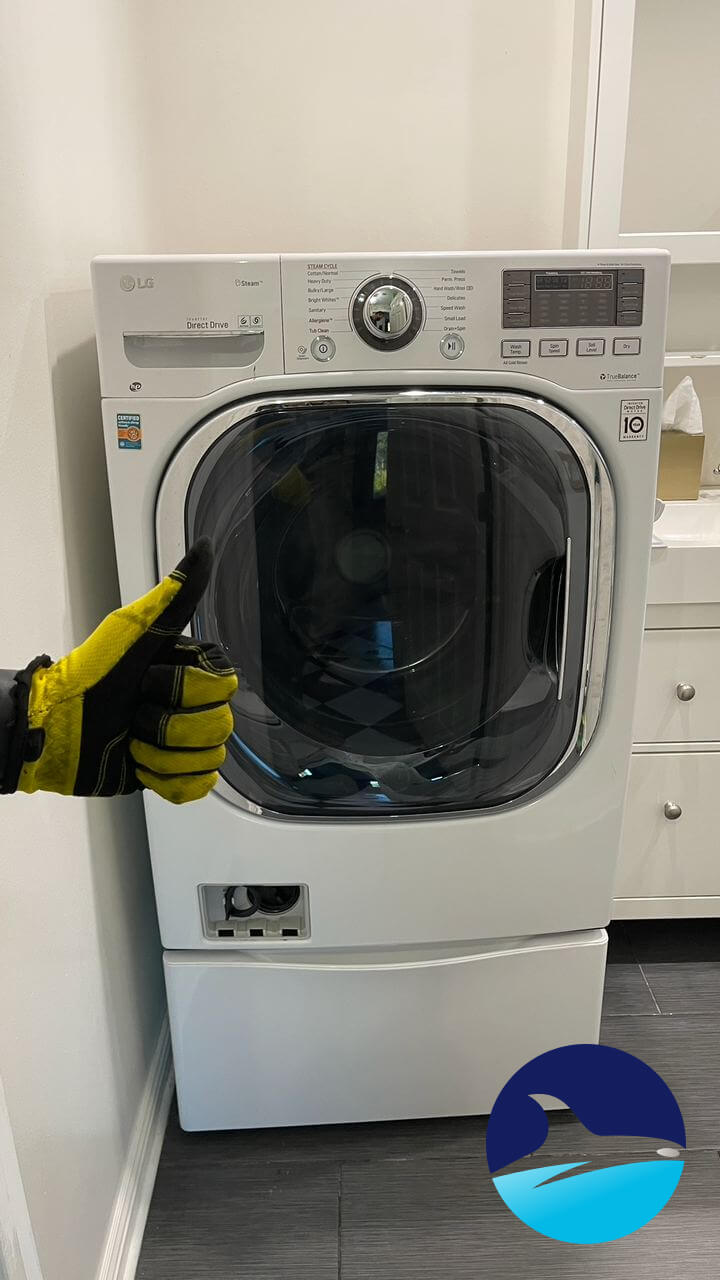 How Can we help?

If your washing machine won't spin, there could be a few different issues at play. One possibility is that the load is unbalanced - this can cause the machine to vibrate excessively, making it difficult for the spin cycle to get started. Another possibility is that the drain hose is blocked. This can happen if lint or other debris gets caught in the hose, preventing water from draining properly. If the hose is blocked, the washing machine will likely fill up with water and refuse to spin. Finally, a problem with the motor or belt could also be to blame. If either of these parts isn't working properly, the washing machine may not have enough power to complete the spin cycle. Fortunately, most of these issues can be easily resolved by a qualified technician.

2
Washer is Not Turning On

One of the most common reasons why a washer will not turn on is because it is not properly plugged into an outlet. If the washer is plugged into a surge protector, make sure that the surge protector is turned on. Another possibility is that a fuse has blown or a circuit breaker has tripped. To check for a blown fuse, remove the panel on the back of the washing machine and locate the fuse box. Inside, there should be a diagram that indicates which fuse corresponds to the washing machine. If the fuse looks like it has blown, replace it with a new one. If the washer still does not turn on, there may be an issue with the power cord itself. Check to see if the cord is frayed or damaged in any way. If so, it will need to be replaced before the washer can be used again. Finally, if none of these solutions work, it is possible that there is an issue with the washing machine itself and it will need to be repaired or replaced.

If your washing machine door won't open, there are a few possible reasons why. The first is that the load is unbalanced. When a washing machine is unbalanced, the door will automatically lock to prevent clothes from coming out. To fix this, simply redistribute the load evenly and try again. If that doesn't work, the next possibility is that there is something blocking the door from opening. This could be something as simple as a sock that got stuck in the door during the cycle. To fix this, just remove the blockage and try again. Finally, if neither of these solutions works, it's possible that the door latch is broken. In this case, you'll need to call a repairman to come and take a look.

4
Washer is Making a Lot of Noise

If your washer is making a lot of noise, there could be several reasons why. One possibility is that something is caught in the agitator. If you suspect this is the case, you can try to remove the object yourself. Another possibility is that the washer's bearings are worn out. This is a more serious problem that will require the assistance of a professional. In some cases, simply tightening the washer's bolts can reduce noise levels. However, if the noise persists, it's best to call a repair person to take a look. By troubleshooting the problem, you can help to ensure that your washer runs smoothly and quietly for years to come.

5
Washer is Not Filling Up With Water

One of the most common reasons why a washer will not fill up with water is because the inlet valve is not functioning properly. The inlet valve is responsible for regulating the flow of water into the washer, and if it becomes clogged or otherwise damaged, it can prevent water from entering the machine. Another possible reason for a lack of water is a faulty pressure switch. The pressure switch is designed to detect when enough water has entered the washer, and if it is not working properly, it may cause the machine to stop filling up before it reaches capacity. In some cases, a washer may also fail to fill up due to a problem with the home's water supply. If the water pressure is too low, the washer may not be able to draw enough water to fill its tub. Finally, a washer may not fill up if there is a blockage in the fill hose. This hose carries water from the home's plumbing into the washer, and if it becomes kinked or otherwise restricted, it can prevent water from flowing freely.

Over time, your washing machine can develop a bad smell. This is often caused by mold or mildew growth, which can occur when the machine isn't cleaned regularly. The gasket, which is the seal around the door, can also trap dirt and debris, leading to bacteria growth. In addition, dirty laundry that is left in the machine can produce odors. To prevent your washing machine from smelling bad, be sure to clean it regularly with a disinfectant and keep the door open when it's not in use. You should also empty the lint trap after every load of laundry and consider using a washing machine cleaner once a month. By taking these steps, you can keep your machine smelling fresh and free of odors.

Major Brand Washer Repair Near You

The washer repair industry is booming! With models coming out on an almost daily basis, it's no wonder that Orca Appliance Services has been training their technicians to keep up with all of this growth. Whether you need standard service or if your machine needs some special attention - we've got the expertise necessary for any type job big or small.